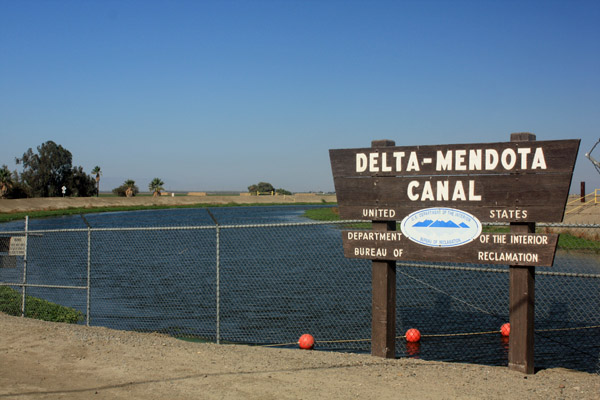 The San Luis Delta Mendota Water Authority held its Thursday, April 5, 2018 board of directors meeting at its Los Banos headquarters. It’s starting to cloud up and we’re expecting a strong storm coming into the Valley and the Sierra Nevada Range the next few days. These farmers, managers and directors are like ducks – they love the rain and the meetings are usually happier. I arrived at SLDMWA headquarters early as one has to do to get a good seat. While waiting for the meeting to start an old riddle came to mind.* What do rich folks want, poor folks have in ample supply, if you have too much of it’ll kill you and is greater than God? Oh, looks like the meeting is going to start.

Jon Rubin is still the district’s attorney/interim Executive Director and Vice Chairman Don Peracchi ran things by striking the gavel at 9:30 am. There was not a peep from the public comment wise. We saluted the flag and introduced ourselves. Director Jim McLeod, Banta Carbona Irrigation District advocated SLDM get involved with a science study on the Stanislaus River by South San Joaquin ID.

The consent calendar was approved and Rubin presented the board with a suite of science studies being conducted by the State & Federal Contractors Water Authority. The board was asked to contribute funding. Garth Brooks, I’m sorry Garth Hall, Santa Clara Valley WD asked if this will distract staff and Rubin said all of the projects have a limited demand on staff time. The board approved.

David Hogens (sp?) from Scotts Valley WD represented the insurance program from AWCA. He came bearing a check for $61,803 from the ACWA JPIA. That was nice. It was one of those large, cardboard checks.

Rubin said the strategic planning efforts are starting to bear fruit. He said there could be a special board meeting between now and the May meeting to adopt the plan. Tom Birmingham, GM Westlands WD asked if this special meeting can be an ad hoc committee so any board member can attend and that will be fine. Assistant SLDM Manager Francis Mizuno said consultant Martin Rauch had his hand in developing the plan.

Rubin also reported the State Water Resources Control Board is on the verge of harming ag in the San Joaquin Valley by adopting an update to the Water Quality Control Plan for the Bay-Delta. He wanted everyone to be aware of the very real threat to ag water south of the Delta.

In a more hopeful report Rubin said the consultation on Biological Opinions issued by the National Marine Fisheries Service and US Fish & Wildlife for long-term operations of the Central Valley Project and State Water Project are now on the table. Rubin said the US Bureau of Reclamation has been weighing in and SLDM has tried to be supportive. The Bureau has some challenges due to the conflicts built into the process. Rubin said the staff of the Bureau’s Mid Pacific Region have been working very hard. McLeod said the Endangered Species Act is lining the pockets of enviros and needs to be addressed. Birmingham said while the SLDM board doesn’t have authority over the ESA it can write a letter urging support for revisiting the ESA. The board concurred. Director Bill Diedrich, San Luis WD said he’d contact an association of western governors about this matter as well.

Next Rubin said since the budget was approved with a relatively significant amount of money for government relations he’s been thinking about how to best invest the funds. He said he’s planning on coming back next month with some options.

Mizuno said she’s been working on the Temperance Flat MOU process. This is a special activities agreement item. Rubin said this has been a challenging process. He said the original version is very Friant Water Authority “centric.” Exhibit C is the sticking point. Rubin said there has been some ground gained but also some push back. It sounded like the MOU language is about to cause SLDM to back out and look for other options. The other major storage projects were also listed under this item. I asked if SLDM could only have one wish, which project would it chose. Understandably Peracchi and Rubin didn’t want to rank the projects. Birmingham helpfully helped me rephrase the question and having Shasta Dam raised would yield the most water. So, thank you Tom.

Next the other Tom, Tom Boardman gave his water report and said this weekend’s storm will hit both the San Joaquin and Sacramento Valleys. He said in the short term this could double the in-flows to the Delta which will allow more pumping. Boardman said there are conditions when restraints on pumping due to salmon occur. When this happens there is a split between state and federal pumping. Right now the state owes the feds 40,000 a/f but the state is going to shut down for repairs until June. That will allow most federal pumping. Boardman said Decision 1621 has a Rowe Island requirement tied into the X2 line. If I understood this (I’ve never heard of Rowe Island before) if the X2 salinity line gets pushed to far out to the west it triggers the Rowe Island requirement to provide more outflow from the Delta to keep the line to the west. That’s another 200,000 a/f that would have to go out to sea. You might want to recheck this information. Boardman got to the big monkey in the room. The Bureau’s allocation earlier this year was based on a fear of a Shasta critical year but that fear has vanished due to further rains. The DWR forecast will be next and then the Bureau will revise its allocation. He expects at least a 10 percent increase with the possibility of another increase later in the year bringing it up to a 35 percent allocation. He also said he believes there is enough evidence to push for an earlier announcement of allocations. But he said he believes a 35 percent allocation should be a no brainer. Birmingham asked if the shut down of the state’s California Aqueduct will trigger a revision in the Cooperative Operations Agreement. He said if the state owes the feds 40,000 a/f that obligation shouldn’t occur while the Aqueduct is shut down.

It sounds to me SFCWA is winding down. SLDM is withdrawing from the organization and Peracchi raised the question of unfunded liability. He suggested an actuary come in and take a look. Mike Wade from the California Farm Water Coalition reported there has been an editorial printed praising on farm production of fish food. Rice farmers in the Sacramento Valley have a successful program where salmon get feed by eating bugs on flood land. Good deal.

Rubin reported the San Joaquin Valley Water Infrastructure Authority JPA has to find a new role to play after the Prop One process concludes this summer. He said SLDM Chairman Cannon Michael attended a meeting of the JPA about what would come next and he didn’t have anything concrete to report. It looks like the MOU will take over the Temp Flat leadership. Rubin said he’d keep an eye on continuing SLDM’s participation in the JPA and report back so the board can determine if it wants to continue membership in time for the next call for funds in July.

Joyce Machado gave the self-funding report for Tona Mederios. Sounded like everything’s OK. Hall asked about wheeling arrangements while the Aqueduct is shut down and that hasn’t taken place and isn’t expected.

Mizuno reported on the O&M situation. She reported on the wrangling with the USBR about funding five of the six pumps needing refurbishing. In other news a large semitruck and belly dump trailer wound up in the canal. I guess the driver survived but there was some diesel and motor oil leaked. The crew cleaned it up. She said there is a lot of SGMA activity and staff is herding cats in preparation of a GSP. Almost $2.7 million in grants has been awarded to the Delta Mendota Sub Basin. Mizuno further reported on a power transmission project to help run the pumps. Things are progressing and financial analysis has been completed. SLDM is in league with Oakdale ID and SSJID for transferring water. Conveyance capacity is the sticky part of this deal. Hopefully the releases can start in May when there is more room. Rubin added the Bureau is involved in helping. Transfers from Yuba County WA are subject to a limit of 60,000 a/f of surface and 62,000 a/f for groundwater water. The groundwater will cost $467 per a/f. This is the last year of the Exchange Contractors’ five-year transfer and she’s talking with Ex Con about this.

Rubin gave his report and said he attended the initial meeting of the IACG in March – the Inter Agency Coordination Group. They talked about who would be in the group and what would the group do. He said the meeting wasn’t well organize but he wants to continue as this is an opportunity to further sound science. The IACG was formed during the Bay Delta Accords and holds good possibilities. For many decades the Bureau has been preparing a study on CVP costs. A draft with a 90-day review will soon be released. Rubin hopes the influence by F&W is included. He’s  approached by the Delta Science Committee and he will attend that meeting sometime later.

ALL RIGHTS RESERVED.  Copyright 2018 by Don A. Wright   No part of this publication may be reproduced, stored in a retrieval system, or transmitted in any form or by any means, electronic, mechanical, photocopying, recording, or otherwise, without the prior written permission of DAW.  *nothing.

SAN LUIS & DELTA-MENDOTA WATER AUTHORITY was established in January of 1992 and consists of approximately 2,100,000 acres of 29 federal and exchange water service contractors within the western San Joaquin Valley, San Benito and Santa Clara counties. The governing body of the Authority consists of a 19-member Board of Directors classified into five divisions with directors selected from within each division. The main conveyance is the Delta-Mendota Canal that delivers approximately 3,000,000-acre feet of water within the Authority service area. Of this amount, 2,500,000-acre feet are delivered to highly productive agricultural lands, 150,000 to 200,000-acre feet for municipal and industrial uses, and between 250,000 to 300,000 acre-feet are delivered to wildlife refuges for habitat enhancement and restoration. Chairman: Cannon Michael, Executive Director: Jon Rubin (Interim), Attorneys: Diane Rathmann and Jon Rubin.