The San Luis Delta Mendota Water Authority held its Thursday, October 4, 2018 board meeting at its Los Banos offices in the Miller & Lux Building. It rained in the Valley yesterday. It even thundered. This usually puts farmers in a good mood unless they have crops that need to dry for harvest or unfinished work in the fields that can be slowed down by muddy conditions. I have lived and worked in the San Joaquin Valley almost all of my life and I have yet to meet a farmer or rancher who’s scared about climate change. In the Valley they experience it twice a year: hot and dry, cool and wet, drought or flood. Fear of climate change (climophobia?) seems to be a particularly urban condition. Folks, like farmers, whose livelihoods depend directly on the weather deal with it. Folks whose livelihoods depend on talking about the weather, like many politicians, bureaucrats and dwellers of academia seem to somewhat relish this uncertain fear about the

Chairman Cannon Michael wasn’t here so Don Peracchi, Vice Chair called the meeting at 9:30am and everyone stood up from their new directors’ chairs and we saluted the flag and then introduced ourselves to each other. Interim Executive Officer Francis Mizuno asked us to have a moment of silence. Director Jim McLeod’s son passed away yesterday. Mr. McLeod will be 90 years old next month. Another, former director’s granddaughter died recently when a tractor she was driving during almond harvest ran into the Delta Mendota Canal. Very sad and our prayers for peace and comfort goes out to the Lord.

Former congressman Dennis Cardoza is now a lobbyist and gave his report by telephone. He said the US Bureau of Reclamation is ready and excited about a scheduled groundbreaking for raising Shasta Dam. On the state side the State Board’s water grab has folks going full throttle. He said he’s been talking with the chair of the senate’s water committee about this and doesn’t want to disclose any strategy, so call him for a private conversation. Cardoza also said there is a good deal of speculation as to whether or not State Board Chair Felicia Marcus will be reappointed by the new governor, whether John Cox or Gavin Newsome. He also said he sat in on a congressional presentation by Met WD about the Colorado River. Director McLeod said before the dams the only water in the San Joaquin River after the snow melt was return flows. He said that needs to be taken into consideration.

The board passed the consent calendar with a slight correction to the minutes. Treasurer Tona Mederios is retiring soon and Joyce Machado was confirmed as the new treasurer. Congratulations to Joyce and good for Tona.

Subsidence is a big deal on the Friant Kern Canal but that isn’t the only problem child. Mizuno asked SLDM engineer Bob Martin to give a power point presentation on the situation on the Delta Mendota Canal. Martin said there are eight measuring stations along the canal. The worst place is 8.11 inches of subsidence just downstream of the Fresno County line northwest of Firebaugh. Pretty close to the southern end of the canal. The other monitoring sites show increasingly less subsidence the further north you go. There are six buckled concrete panels along the canal’s length. Interestingly the seepage from the DMC doesn’t chart along with the buckled panels. USBR surveys from 1974 to 2014 were used to determine how much the canal has dropped. The Bureau has been warning about subsidence since the early 1980s. The Bureau isn’t responsible for O&M. The DMC has dropped as much as six feet or more. Martin said the

biggest changes have been in drought years but picked up in wet years. Cutoff of deliveries from the Delta has caused the declines to begin again. That’s because more pumping is required during low allocation years that deliveries are cut. There a quite a few documented wells along the canal but as Anthea Hansen, GM Del Puerto WD pointed out many of the wells mapped are non-functioning and only handful of wells meet the Warren Act threshold. Therefore the Warren Act Wells aren’t the cause of this problem. The Warren Act Wells can pump water into the DMC and send it downstream, which could cause a big problem if there was enough water being pumped.

Friant is looking at spending hundreds of millions of dollars on repairing the FKC’s subsidence problems. Martin’s initial estimate to repair the DMC is a little more than $35 million. There is also the possibility the Bureau has some money for this. There has already been some mitigation repairs on the DMC. A check structure’s gates and deck were raised four feet and new, higher lining installed in places. In some portions of the canal the rip rap zone has dipped below the surface and the smoother portion of the lining is taking wave action and eroding.

Martin was questioned about loss of capacity for the upper reach and there is some occurring but that has yet to be solidly quantified. Director Gary Kremen, Santa Clara Valley WD asked about legal recourse to those responsible. Attorney Becca Ackroyd said there would have to be a lot more investigation into this matter. Her guess was the GSPs will help straighten some of this out. Chris White, GM Central Cal ID and Ex O of the Exchange Contractors (you read that correctly, or at least I wrote it correctly) said the elasticity of the subsidence is only about 10 percent. Most, 90 percent of the subsidence is inelastic and poor water on it all day long for decades and it’s not coming back. White also said the subsidence problem is one of regulatory restrictions and not natural drought.

The next item was a review of what is an activity agreement and an administrative budget. Ackroyd said there was a sheet of term definitions in the board packet. The O&M budget may shift some of itself to administrative costs.

Ackroyd updated the board on the California Water Fix saying comments are soon due. There is some question of SLDM to filing a protest. She said the State Board is set to rule on the through Delta Flows that will take away much of the water from the tributaries. Director Bill Diedrich, San Luis WD said Senator Diane Feinstein has a letter she is trying to get cosigners for. This letter to the State Board urges them to work only on voluntary agreements. SLDM has yet to review this letter before signing. Mizuno next spoke about the Temperance Flat JPA. Friant, SLDM, Ex Con and Westlands WD are the watchers on this attempt.

Tom Boardman gave his water report saying there isn’t a good projection for the coming year, yet. There are Shasta releases but the fisheries want to conserve. This is something the Cooperative Operating Agreement could help resolve. A normal year could result in full allocations for SLDM. Boardman shows San Luis Reservoir filling but it’s going to have to pump in the fall. This is if storms hit. 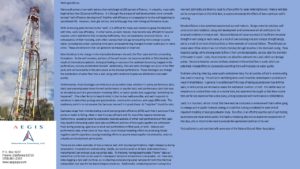