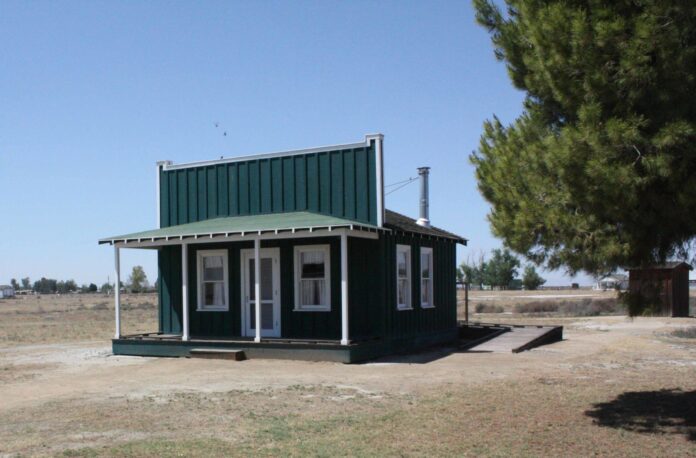 The South Valley Water Association met at the Lower Tule River Irrigation District headquarters on Monday December 18, 2017. I was a bit late for the 9:00 am start but was heartened to see in addition to donuts there were homemade Christmas cookies. I missed the minutes but will roll the dice and report they were approved. As I sat down Chairman the real Jim Costa announced Lower Tule River & Pixley Irrigation Districts has had a great General Manager in Dan Vink but as of January 1st Eric Limas will be the new GM of both districts. Congratulations to both Vink who will now devote the majority of his time to SVWA and Limas who has proven more than capable to hit the ground running.

Eric Quinley, GM Delano Earlimart ID gave an update on the subsidence situation on the Friant Kern Canal. The major impact is near mile 100 to mile 110. The mileage on the canal starts at Friant Dam. Quinley said if we get a wet year it will take more efforts to utilize the capacity. There are another two areas totaling a third of the canal’s 150-mile length: near Exeter and further south near the Shafter Wasco turnout – although they are not a sever. Quinley said this is an example of inelasticity in the aquifer. The subsidence can be slowed and stopped but not reversed. I had heard somewhere the problem was caused by oil extraction. This idea seems to be falling out of favor since the oil is 15,000 feet deep under bedrock and pumped out by the barrel and not the acre foot. Hydrogeologist Thomas Harder who is working on the Tule Sub Basin SGMA data doesn’t believe oil to be the problem. As Quinley pointed out this isn’t solely a Friant problem. It’s happening on the Delta Mendota Canal and the California Aqueduct.

Limas updated the board on the Temperance Flat MOU. He represents a few of the South Valley districts on one of the eight seats. He expects there to be 12 seats in total. Vink also represents the other South Valley districts. Vink said he believes this is a structure that will work. Talk turned to how long it will take to build the new dam. One optimistic view will be completion by 2030. Which is the same date the Upper San Joaquin River Feasibility was predicting back in 2003, with Bill Swanson conducting research back then.

Doug Demko of Fishbio, of Chico and Oakdale gave an update on the situation in the Delta. Demko is a source of info unmatched. Vink called him a recovering enviro. In 1981 Black Bass and Sunfish were 35 percent of the fish population in the Delta. By 2010, 74 percent of the fish in the Delta are non-native predators. About 70 percent of these fish were introduced on purpose beginning more than 100-years ago. Striped bass are not the only ones; crappie, white and channel catfish, largemouth, smallmouth, redeye and spotted bass are also eating smelt and salmon. The California Department of Fish & Wildlife estimates from one-million to up to four-million striped bass more than 18 inches long; there’s millions more under that size. The native fish population is estimated at 14 percent of the Delta’s population. Not all of the 74 percent of the non-native fish are predators. Many of them are in direct competition for food. Another horrific statistic derived from FERC licensing studies – 96 percent of the chinook salmon on the Tuolumne River are eaten before they get through the Delta. Hatchery fish dumped in the San Francisco Bay returned in record numbers but they didn’t have a home river. That’s how they get past the predators but this isn’t a nature life cycle when hatchery fish are trucked to a release point a hundred miles from any spawning ground. Fishbio has proposed numerous studies approved by the federal fish agencies on studying predation CDF&W has denied permits. Well, what survival rate would make folks happy? There is no goal by the government for survival rates that does not include flow measures; and the situation with enviros is usually worse. Demko said within the past three decades the government has been trying to prove through Delta flows support the fish and it has yet to find success. He said he’s tired of fighting over an issue that can’t be resolved when other solutions are available. He said flow, habitat, hatchery/harvest and invasive species are the pieces of the puzzle. At one time 80 percent of the adult salmon were harvested by commercial fishing. It takes a robust hatchery system to support this. He also said predation is easier to research than competition from non-native species for food supplies. But Demko said predation is the biggest single killer of salmon in the Central Valley. He was on a panel recently with Professor Peter Moyle of UC Davis. Moyle said he would be afraid to suppress predation in the Delta because he doesn’t know what would happen. A UC professor who doesn’t want to see a study? Perhaps the most endangered species of all.

Vink said Fishbio has been working with the tributaries for sometime and the South Valley hasn’t been looking at this issue. Developing an economic value to sports fishing has yet to come about. Demko said he spoke at a hearing a decade ago where bass fishermen outnumbered him literally 100 to one. He was spit on. I’d like to know how much sport fishing supports the economy compared to ag.  The research of how much predation needs to be repressed to help the native fish has yet to be conducted. The meeting then went into closed session.