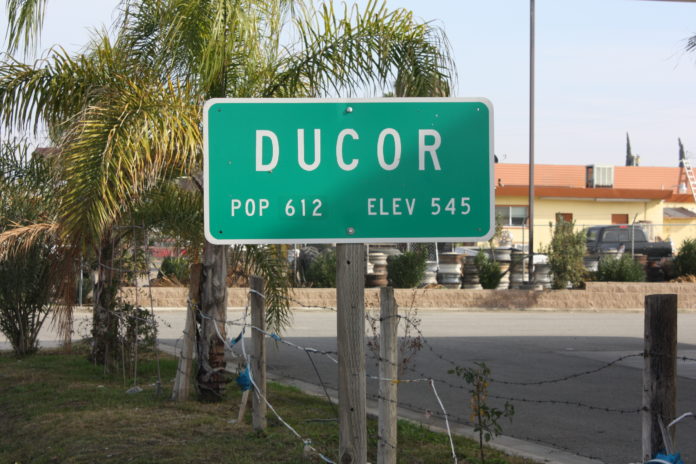 The South Valley Water Association met at the Lower Tule River Irrigation District headquarters on Monday, January 20, 2020; only it didn’t. The SVWA actually met at the Visalia law offices of Peltzer & Richards. Alex Peltzer is the SVWA attorney. I’d not been there before but it was right down the street from the Lamplighter Inn where Friant met for a decade or more. The SVWA logo is on the front window and the firm’s conference room is much smaller than the Lower Tule board room. But there were still donuts so there you have it.

The 9:00am start date must have been observed by Chairman Joe Ferrara I walked in at 9:05 and they were already churning out the info. SVWA is changing its JPA and simplifying to some other organizational form. This has been pre-approved by the home boards and was a done did matter. There was also a quarterly call for funds of $149,250 which was approved as was the 2020 budget.

Executive Director Dan Vink gave the water report saying the reservoir storage is below normal. We’ve been in much worse shape but we could be doing better. It’s 65 percent of snow water, not inches. It was said there is no reason to fear a call by the Exchange Contractors. The San Luis Reservoir is on track to fill so as Vink said the Friant contractors will live or die by the San Joaquin River this year. Delano Earlimart Irrigation District General Manager Eric Quinn Called in. He said news from the US Bureau of Reclamation will be forthcoming at the Mid Pacific Conference in Reno.

Vink has been tasked with preparing a report or rather overseeing a consultant to prepare a Friant water supply report. ICF is the consultant. This is organized around watersheds such as the Kaweah, Kings or Kern Rivers. The report is 40-pages long and only 15 or 16 of those pages are text with the rest to charts and graphics. Structural projects are identified and although this is a South Valley effort it applies to all of Friant. Vink said this is a report suitable to distribute to congress if you want. It shows the financial costs and the resulting yield of water supplies. He expects to have this edited, reviewed and ready prime time next week or so. He wants to distribute it to all the Friant contractors after the SVWA home boards have a chance to weigh in on the content.

There is no update on Temperance Flat. Vink suggested the work is lagging behind the deadline. There has been money spent and the work hasn’t been up to speed. Quinn suggested Jeff Payne leaving Friant Water Authority has slowed things down a bit. Evidently some of the shine has worn off Temp Flat.

The Move Water Now Act will have a hearing in Washington DC next week. Congressman TJ Cox asked for some names to testify. Cox’s office called back and said they want FWA CEO Jason Phillips to speak. Vink said he told Cox that was disappointing since most of the impacted folks in his district are in the South Valley WA. Peltzer also said Cox had the chance to have landowners testify before Congressman Jared Huffman, former Natural Resource Defense Council attorney who can now grill about the San Joaquin River Restoration. A farmer could tell Huffman to pound sand, he’s there to talk about the Friant Kern Canal. Vink said Cox has done some good work on the bill but has dropped the ball on the roll out.

The Voluntary Settlement Agreements stands at this; the state is threatening to sue over the biops. Peltzer said the enviros are negotiating for more. The model is the hang up at this point. He said SVWA is looking at how the modeling could be used. He said FWA is looking at giving 50,000 a/f and he’d like to see about habitat instead. Vink said there was a dustup before Christmas where some of the participants were more than discouraged by the announcement of the state suing. Peltzer said instead of just letting SJR water go to sea use it for habitat. He said he can’t stop the train or tell it where to go; they can just decide when to get on and off.

Our old friend the CVPIA restoration fund reconciliation was the next topic. Vink said there was a meeting in Visalia with the USBR earlier. Vink said he heard it was a meeting with mid-level accounting that didn’t result in as much as hoped for. There appears to be much more money collected than spent. Vink said his guess it would be unrealistic to think the government will

return any of that money to the taxpayers. However, identifying the expenditures and surplus could be very helpful in achieving the original goal of improving the CVP. What a concept.

Next Vink listed the SVWA 2020 priorities. He said the NASA ASO funding just wasn’t in the budget, not that Governor Gavin Newsom was against it. The SJR restoration is also under review. There is a 2025 official review and Friant needs to be prepared. Recently an ichthyologist named Dr. Peter Moyle made the claim stripped bass populations need to be increased.* Moyle has been a NRDC poster child consultant. Ferrara said the documentation behind this claim must be made public. The meeting then went into closed session. I was told the locations in the future will be distributed amongst the member agencies.