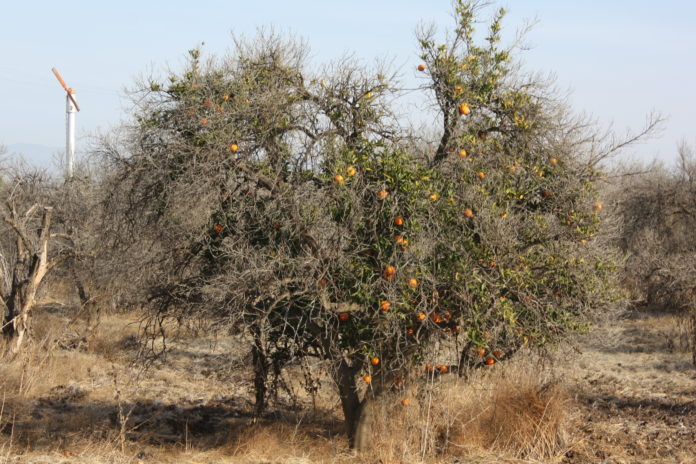 This report started out about Kaweah Delta Water Conservation District but sort of morphed as things progressed.

The KDWCD held its board of directors meeting both in person at its Farmersville headquarters and by teleconference. More and more entities are beginning to hold regular meetings. I’m going to attend by teleconference today but I’m wondering how KDWCD will accommodate attendees with social distancing. The board room is sizeable but the staff and directors can’t all sit at their table six feet apart and have room for all of them. Same with the audience portion of the room. There are more than a dozen chairs along the room’s west wall and I doubt you could sit more than four or five people at the proper distance. So, that’s one thing.

Another thing is continuing to hold remote meetings. On a purely personal level I’ve benefited from remote meetings. The amount of money I’ve saved on gas alone has allowed me to complete a couple of minor home and garden repairs and even surpass the all-time high of $15 in the savings account at the end of the month. But more than that I’ve been able to attend more meetings. Just look at the calendar of the average month; there are often a dozen or more meetings held at the same time or so closely together it’s impossible without Star Trek technology to physically attend them. The downside to remote meetings is the extra work for staff and the personal contact and development of relationships is slowed. However, it is my hope as our society opens back up from this virus entities will follow Kaweah Delta and offer both options.

The meeting began at 9:00 am promptly. Chairman Don Mills had roll call and Brian Watte couldn’t attend due to a commitment. Very sad news General Manager Mark Larsen had to give. Director Ron Clark lost his son last week. The board had a moment of silence in respect to the Clark family. Let’s all join with them in prayers for this painful time.

I couldn’t tell from roll call but in addition to Clark and Watte Director Jimi Valov wasn’t attending but there was a quorum. I asked and Mills told me to be quiet or I might be appointed to a committee. A chilling thought but as I’m not elected nor eligible to sit on the Kaweah Delta board the danger is negligible. The board members have half dozen or more boards and committees they need to represent. Director Chris Tantau will remain as the representative for Friant Water Authority. But in an age old tradition a couple of guys who were absent got appointed, to quote Governor Gavin Newsom, “Whether you like it or not.”

As if that wasn’t fun enough the 2020/2021 budget was next. Larsen gave the board a review and said the biggest portion will be engineering and equipment. Reserves will be looked at as well. I didn’t have a copy of the board package with a proposed budget to follow. So I’m pecking and picking as I go. Larsen said there was I think $4 million set aside for the Hannah Ranch South project. In the midst of that an audio advertisement for SWIIM Systems began playing over and over again. I hung up and called back in but it was still playing. Eventually when I called back the third time I was put on hold and had to listen to a newscast and never got back to the meeting.

There were some interesting things said in this on-hold newscast and it involved water. The Dead Sea is technically a lake and is the second saltiest naturally occurring body of water on Earth. The saltiest naturally occurring water on Earth is in Antarctica. There is a pond there with a 44 percent salt level. The water is only a foot deep or less but it’s so salty it won’t freeze. It is located in a desert in Antarctica (who knew?) that gets so little precipitation any evaporation that takes place in the pond is slowly replaced, so the pond stays pretty static. I think they said it was less than an acre in size. Also  I learned – if you’re Hispanic and want to live to a ripe old age you should be living in America. Once again the USA is Number One! Our country leads the world in older Hispanics. This news cast was a way to keep one occupied while waiting for the meeting begin or resume as the case may be. It was also on a loop so after hearing the same stories over and over again I gave up.

So today I called Christ Tantau and asked him what happened after the call in portion was interrupted. As you one would expect the budget was approved. Supplies from the Kaweah River will be a bit lower than initially expected and he told me something I’m in favor of – both Kaweah Delta WCD and the Friant Water Authority are considering keeping the call-in option available after the COVID-19 restrictions loosen. Yeah there are glitches and bumps in the road and staff time to consider with the remote attendance option but I’m convinced the benefits far out-weigh the efforts and not just because I save money on gas.

Also, I’d like to think the remote meeting fairy or gremlin or whatever it calls itself hijacked the audio with the SWIIM ad just in time to spare me the budget presentation but it turned out to be a problem with the SWIIM phone system. I spoke with some folks I’ll not name and they assured me this was not a rogue marketing attempt. And if you stop and think about it, if this is the worst thing to happen to any of us this week, it’ll be a good week.

As you may have seen the Kern Water Bank Authority meeting was postponed due to concerns related to civil unrest possibly impacting Bakersfield. So that’s two in one day. But it doesn’t stop there.

This morning I entered the Buena Vista Water Storage District Zoom Meeting link and got a message the meeting was private. So, I tried calling the audio only number and was told the meeting hadn’t started yet and was put on hold. Ear pudding, low fi, smooth jazz junk over and over until it mercifully hung up on me. I tried that three times and tried calling the district office but of course they were all in the boardroom and no one answered the phones. I know BV and they often have notoriously fast meetings. So eventually I called back and bless their hearts they apologize profusely for the confusion of listing the wrong password number. They also graciously agreed to answer a few questions I sent them by email. The following is the result of that email exchange. I’ve altered some of my snarkier questions to save me embarrassment. Answers in bold.

From past observations I’m guessing the meeting began promptly at 8:30am and you said it was only 15 minutes long. True?  Meeting adjourned to Executive Session @ 8:48

Any consideration or discussion about the minutes? No. Were they approved? Yes.

Any public comments or statements? If so what were they? No.

Was there a quorum and again who? Yes, See Underlined.

Were there any votes on action items not on the consent calendar? If so was there discussion about them?  Votes on Corn Camp MND, Resolution, and formation of Committee’s with authority to act. Some of these committees were formed in

regular session and a couple of them reported out of executive session. Nominal discussion with most centered on Committee formation.

I tend to gloss over the financial portions of meetings because I find it difficult to be accurate and informative. My editorial policy I guess you could call it is to only mention that everything is OK and if there is something out of the ordinary. Was everything OK financially? Was there anything out of the ordinary? No questions on the financial issues. Cash position is good, zero debt.

What was the Palms Annexation Resolution #4392 and what was the vote on it? Annexing lands outside the District into the District. These are recently purchased District lands. They would not receive water rights with the land. It passed 5-0. Resolution required by LAFCO.

Did you buy a flex mower and was there any discussion? Committee of one with authority (Julien Parsons)

Any news from Lake Isabella and its dam? Only what was in the board package. (That was a trick question. I didn’t want to read all 100,000 page board packet.)

What is the water supply update? What sources and how much water will BV get? Kern River allocation reduced by 5%, SWP increased by 5%. Net decrease to BV -6,000 a/f.

Will BV be selling water? How much and at what price? No future sales anticipated this year.

What’s going on with North Kern Water Storage District and Kern River water in 2020 letter? That letter was sent to every Water District and Company in the County. Part of ongoing disagreement between City of Bakersfield and North Kern.

How is the Belridge South connection going? Finally approved by DWR, need to complete CEQA.

Was the neg dec adopted? Any discussion? Yes, No discussion.

What is the James Water Bank? Being Developed. Just Planning/EIR stages now.

What have your friends at KCWA been up to? They were part of the Belridge South Approval.

Any GSA news from BV? Last day for Comments on GSP’s.

What is the Buena Vista Coalition and what challenges does it face? IRMP? BVC is BVWSD’s Coalition for IRLP. Normal regulatory work.

Anything said in the Directors’ Forum? No.

Who called in from San Diego, Visalia and Pasadena? Larry Ritchie (Visalia) Jeof Wyrick (Pasadena) No one from San Diego (Terry Chicca was able to attend in person.)

What should I have asked? Last couple of months the snacks were in personalized container purchases. Not very popular. Today we returned to meats, cheeses, and fruits.

Well, there you have it. Partial reports in response to the troubled times we find ourselves in.