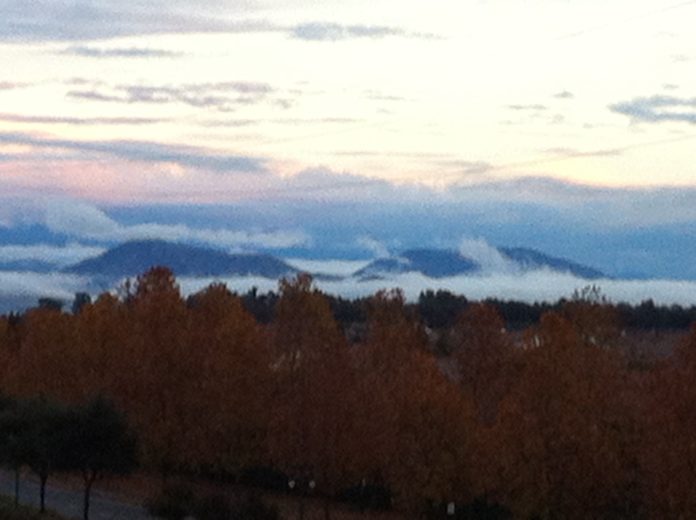 Things were looking grim earlier this month for Klamath Project irrigators, who will likely receive less than a third of their surface water supplies out of Upper Klamath Lake.

The Klamath River Basin occupies about 10 million acres in south-central Oregon and northern California.  The Klamath Project is a U.S. Bureau of Reclamation (Reclamation) storage project built in 1905 to provide irrigation water and to reclaim fertile Oregon and California lands for irrigated agriculture.

The Klamath Water Users Association (KWUA) has been working with Reclamation and USDA, with the hopes of bringing more USDA resources to the situation, which is looking dire due to the combination of poor hydrology and a highly criticized biological opinion that guides Klamath Project operations.

Water users received some good news this week, when Reclamation confirmed the 2020 water supply for the Klamath Project. On June 2, the Natural Resource Conservation Service forecast for Upper Klamath Lake inflows increased from the May 1 forecast. Based on the updated forecast and ongoing stakeholder input, Reclamation will deliver approximately 140,000 acre-feet to the Klamath Project from Upper Klamath Lake in 2020. Additionally, Reclamation is convening an emergency meeting of the Flow Account Scheduling and Technical Advisory team to discuss flow measures that will benefit endangered fish on the Klamath River.

This week’s announcement followed a month-long period of uncertainty when it appeared that supplies could be reduced to as low as 80,000 acre-feet.  Many local farmers and ranchers had relied upon the April 1 forecast and had already sunk investment in the ground, based on the earlier forecast of irrigation water supply that would be available.  Irrigators are relieved, but remain vigilant, and concerned. The Project is still drastically short of water, and local water managers are urging more farmers to commit to a funded land idling program.

Reclamation’s move came ten days after the May 29 “Shutdown & Fed Up Taking a Stand for Ag” protest in Klamath County,  where farmers and ranchers stood up for what they believe is an injustice to their way of life. The event was broken into two parts, a

motorcade, and a rally. The 29-mile long motorcade of 2,200 tractors, trucks, pickups, semis, and various farm equipment started in Merrill before progressing to downtown Klamath Falls and ending at the rally site in Midland. Several farmers and elected officials spoke at the event, including Congressman Doug LaMalfa (R-CALIFORNIA), Congressman Greg Walden (R-OREGON), and Assemblywoman Megan Dahle (CALIFORNIA). Event organizers put together an amazing website: https://shutdownfedup.org. which has reached over 300,000 viewers in less than a month. Local water leaders believe the event had a bearing on Reclamation’s recent announcement, since the event was intended to renew attention from decision-makers committed to solve problems rationally and relieve the burdens on rural communities.

The local irrigation community continues to emphasize that federal agencies must re-visit the current practice of reducing Klamath Project water deliveries as the primary means to protect Endangered Species Act (ESA)-listed species. Between March and September, the amount of water released from Upper Klamath Lake for Klamath River flows will be over 400,000 acre-feet.  This is significantly more than will flow into Upper Klamath Lake during that same period, and nearly three times greater than the irrigation supply that will be available from Upper Klamath Lake.

KWUA and Reclamation received some more good news last month when a federal judge in San Francisco sided with local water users and the federal government. Judge William Orrick of the U.S. Court for the Northern District of California indicated that he would deny an emergency motion filed a week earlier by the Yurok Tribe and environmental organizations.  The Yurok Tribe filed a case under the ESA last July.  The parties agreed to stay the case in March 2020 after Reclamation agreed to an Interim Operating Plan for the Klamath Project to be applicable until September 2022.  Those parties also asked the Court for a temporary restraining order to require Reclamation to release an additional 391 cubic feet per second for flows below Iron Gate Dam. Judge Orrick concluded the hearing by indicating he will deny the Yurok Tribe’s motion to lift the stay and will not reach the motion for a temporary restraining order.

Producers in the Klamath Project have asked the U.S. Supreme Court to review decisions denying their claims that their water rights were illegally taken in 2001 under the ESA. The case, titled Baley v. United States, was filed 19 years ago when Reclamation re-allocated irrigation water to threatened and endangered species. The petition to the Supreme Court argues that the lower federal courts have misunderstood and misapplied the basic principles of western water law. The case is certified as a class action. The petition to the Supreme Court was filed by the law firm of Somach Simmons & Dunn from Sacramento, along with Timothy Bishop of the law firm Mayer Brown. Mr. Bishop is an expert in Supreme Court practice and has successfully pursued cases before the Supreme Court regarding the ESA and CWA on behalf of regulated businesses and agencies.

The Family Farm Alliance board of directors in March agreed to support the irrigator plaintiffs again as this goes before the Supreme Court.  The Alliance and KWUA co-hosted two webinars to further brief interested parties on this matter in April. For the clarity and stability essential to economic prosperity in the arid American West, Alliance members rely on state adjudications of water rights and on state administration of those rights in conformance with due process and in compliance with state and federal law. Oregon Water Resources Congress (OWRC) filed an amicus brief in support of petitioners’ petition for certiorari. The Alliance and several other Western water organizations – including National Water Resources Association, Agribusiness & Water Council of Arizona, Idaho Water Users, Washington State Water Resources Association, and others – joined OWRC’s brief.

The Supreme Court will decide on June 18 whether to take the case. The U.S. Justice Department has told the court it should not review the case. Water users responsible for irrigating millions of acres of farms and ranches in the West are hopeful that the Court will grant cert and agree to take up this critically important case.

The Klamath takings case stems from Reclamation cutting off all irrigation water to the Klamath Project in 2001.  That year, Reclamation allocated all available water to fish species under the Endangered Species Act (ESA).  Klamath water users sued the United States to assert that Project water users have a Fifth Amendment property interest, which entitles them to compensation for the 2001 shutoff.  The issue presented to the Supreme Court will concern issues of western water law that arose, somewhat unexpectedly, from the lower courts’ decisions.

The Supreme Court has proven capable of grasping Western water law in the past.  The Court has the ability and the obligation to compensate Klamath farmers for their losses, and they should do so, now.

Meanwhile, back in the Basin, it’s déjà vu for Klamath Project irrigators: 2001 all over again. It is tragic and sad, especially at a time when many Americans are starting to appreciate the importance of our domestic food producers.

Dan Keppen is executive director of the Family Farm Alliance, which advocates on water

issues on behalf of farmers, ranchers, irrigation districts and allied industries in the 17 Western states. He served as executive director of the Klamath Water Users Association from 2001-2005.

ALL RIGHTS RESERVED.  Copyright 2020 by Waterwrights/