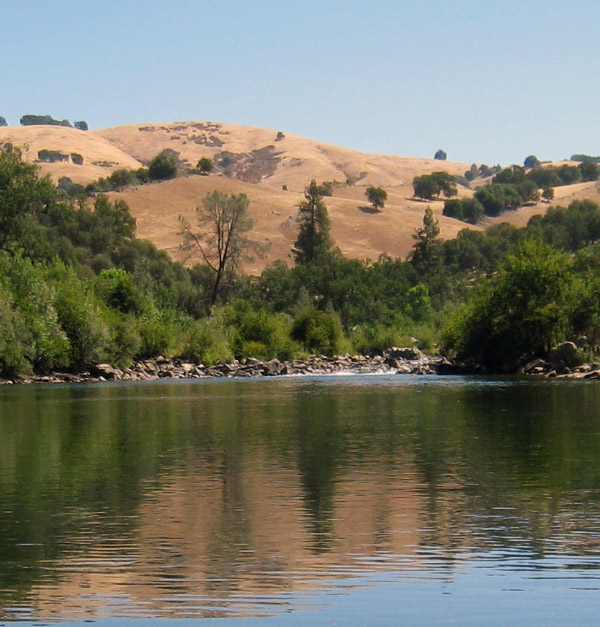 The Yuba Water Agency held its Tuesday, November 17, 2020 board of directors meeting remotely from its Marysville headquarters on Zoom. The meeting began at 9:00am and Jim Mitrisin was asked to lead the pledge of allegiance. There was a public comment and the consent calendar was approved.

Consultant Pilar Onate-Quintana gave a legislative update and she said 2020 was a chaotic year. Things started as usual but broke down due to the Big China Virus which got its fangs into several legislators over the summer. The state senate actually had to debate whether or not to allow Republicans to participate remotely. The last night of session was so crowed even some of the big bills by big Democrats didn’t make it through this session. One of the outcomes is a moratorium on shutting off domestic water due to non-payment. This didn’t erase the obligation to pay and the bills are mounting for those who can’t work. There is pressure to help those folks but the state’s revenue is $42 billion behind the ball. Surprise, Republicans proposed

spending less but this is Sacramento after all and state workers are facing pay cuts and furloughs.

Onate said the year started with “significant energy” for passing bonds. ACWA got involved in these efforts. While C-Virus has taken the spotlight there were also crushing wildfires in California over the summer. Fire prevention funding started at $3 billion but was reduced to $500 million and Governor Gavin Newsom took this as an opportunity to dictate the state have 100 percent clean energy by 2045. Onate didn’t say so but many, many others see this as posturing, sizzle over steak. Senate Bill 100 is the legislative handmaiden to statements like Newsom’s. She’s keeping an eye on impacts on hydroelectric generation.

Onate said there were a plethora of Covid-19 bills. Assembly Bill 6 was going to require the Attorney General to notify the Department of Fish & Wildlife before bringing legal action regarding matters under the F&W domain. The state assembly will see a supermajority of Democrats and the moderate part of that party have lost ground. The state government is

even more “progressive”. If I understood correctly Assemblywoman Blanca Rubio has emerged as the moderate leader. The state senate also expanded its Democrat super majority.

Onate said the assembly intends to operate much the same as last year with a restriction on public access due to the “itis”. There may be a remote public participation location set up. She doesn’t see things returning to what was normal in the past for several months at the very least. Onate also sees the wildfire legislation returning and more virus related drinking water laws. YWA filed a lawsuit last

week and she’s keeping a very close eye to see there is no legislative mischief going on.

Onate was asked if Newsom’s zero carbon goal wouldn’t benefit from more hydropower and she said yes. Director Andy Vasquez someone needs to look at legislation dealing with water pollution from the homeless. A very real concern. Vice-Chairman Brent Hastey said now that all the Republican state senators can take a ride with him in his old Chevy Suburban is there any conservative leadership left in Sacramento? She said there are some good folks left. He also said there needs to be more tours of YWA by legislators and she will continue setting up such. Chairman Randy Fletcher and General Manager Willie Whittlesey thanked Onate for her work. I thought she gave a good presentation. At least it didn’t leave me dizzy from bill numbers and gave some insight to the flavor of what’s happening in Sacramento.

Mike Lee, I think he’s a County Supervisor, then reported on different maintenance and construction matters including the homeless trash problems. Lee presented an opportunity I didn’t really follow. It sounded like YWA was funding or possibly passing along a grant to the county.

been   much rain so far and it’s been warm. This caused more releases from New Bullard Bar Reservoir on the Yuba River. That resulted in a larger slug of power generation which was used due to the higher demand brought on by the warmer weather. He also said there was some precipitation recently and that has brought the fire threat much lower. He also listed many outreach actions he was able to participate in. He said much more but spoke faster than I can type.

YWA Communication Manager DeDe Cordell presented the board a video produced by YWA showing a child demonstrating a watershed with what looked like a science fair project. I though a paper mâché volcano would erupt but it didn’t. PIO Alex Boesch said the boy got the concept correct. The video will be released into the wild on social media.

Vasquez reported there was good press in the local paper and it’s important so the public can understand YWA’s mission. Director Charlie Mathews said YWA may have a big bank account but it has a big need. Lofton said he liked the video. Hastey thanked the agency staff for its hard work and Fletcher agreed saying YWA is a bright spot in the community. The meeting then went into closed session at 9:57am. The agenda indicated YWA is suing the State Board and reviewing the GM’s performance. Best of success. And that was that.

ALL RIGHTS RESERVED.  Copyright 2020 by WaterWrights.net/D

YWA is in the Yuba Sub Basin, north and south and its DWR GSA # are 5-021.60 & 5-021.61. It’s surface water source is the Yuba River with major storage in the New Bullards Bar Reservoir with a one million acre-feet capacity.