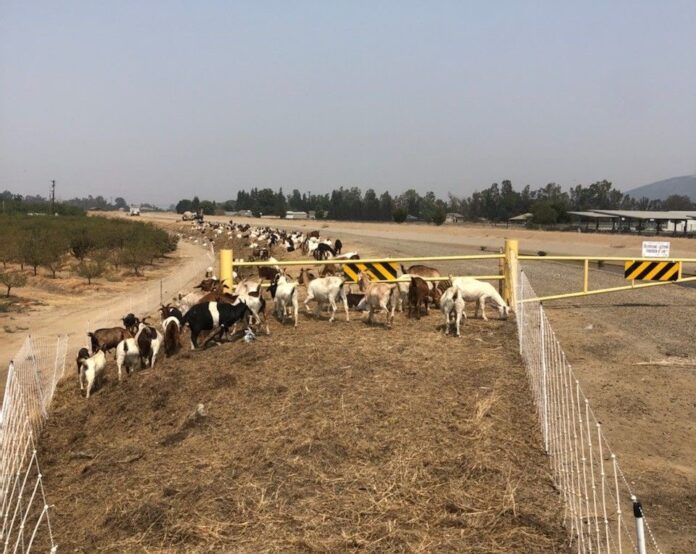 The Friant Water Authority held its Monday, April 18, 2022 Executive Committee meeting in person and on MS Teams. What can I say that I haven’t said before about MST? Today’s meeting started with a long closed session that began at 8:30am and open session was scheduled to commence at 11:00am. The Ralph M. Brown Act allows California

NRDC v. Rogers rang a loud bell memory bell. It was the 20-year lawsuit filed against the US Bureau or Reclamation by the NRDC and other enviro partners that brought about the salmon restoration program on the San Joaquin River, a river that is at the very southern most edge of the salmon habitat. This lawsuit is widely viewed as another attempt to drive a nail in a coffin built for California agriculture by an effete elite out of touch with truth, justice and the American way. The last I heard each salmon returned under this program cost $2.8 million apiece.

I thought the San Joaquin River Restoration Program settled the NRCD v. Rogers, suit. As a  side, I spent minutes researching online who Rogers is. I know he is or was a federal employee and worked for the USBR, but failed to find his complete name and title. But I do remember this about the case the Restoration Program that sprang from it protected Friant from having to contribute more through Delta flows the State Water Resources Out of Control Board was demanding under the Voluntary agreements. Voluntary is used here in the same way Service is used when referring to the IRS. After abandoning the VAs the

state has come back once again with another “voluntary agreement” that did get some traction with non-water rights holders. I’d hate to find out Friant is going to be placed in a position to defend its SJR Restoration flows from further state mandated supply decreases.

Also on the closed session agenda are items dealing with five anticipated litigations, two potential initiation of litigations and a real estate negotiation for the Friant Kern Canal repair project.

I must say the intellect of the Friant folks has improved the ability of joining on MST. Chairman Cliff Loeffler called the meeting to order at 11:00am and there was no reportable action from closed session and the minutes were approved.

Friant has been looking at installing a reverse flow pump-back feature since 2017 and involves water quality to a good deal. If you want to put water into the Friant Kern Canal that isn’t pure Sierra snowmelt you have to go through the Warran Act to get federal permission. The pump-back will include water from other sources and everyone wants water as clean as possible.

Friant Water Resource Manager Ian Buck-Macleod reported there needs to be a contract modification for Professional Services Agreement work being performed by Stantec Engineering. Meeting environmental standards have necessitated revision of the design and this has changed the scope of work. Staff is asking for an additional $500,000 or so to pay Stantec. The good news is this amount if funded by an existing agreement so it isn’t out of pocket for Friant. Director Edwin Camp asked if it came from DWR grant funds and the answer is yes. Although grants are the government taking money from productive society and giving part of it back, it is easier to sell someone something if you give them the money to buy it.

Buck-Macleod said the pump-back program has been overshadowed by the FKC repairs there has been some work going forward. Camp expressed his concern that the water quality issues need to be addressed with or without the pump-back. And Buck-Macleod agreed that is baked into the mix. The board approved.

Buck-Macleod said the storm that came through last week benefited Northern California with pleasantly higher than expected rainfall. Shasta and Millerton Lakes are being projected by FWA as slightly worse than the March 1st Bureau and DWR forecast. He did say the recent heatwave amped the snowmelt on the SJR and there was an Airborne Snow Observatory flight on Easter and everyone’s wondering what the results will show.

Buck-Macleod said there are releases from Friant Dam to the Mendota Pool to help the Bureau meet its Exchange Contractor supplies. Actual channel losses are smaller than expected so that is good news. There is however no more restoration flows in the river so those flows won’t available for recapture. Pumps at the federal Jones Plant in the Delta are going to be operating at only one unit through the summer.

Executive Officer Jason Phillips told the committee the 15 percent allocation is holding fast. That’s good news considering the Bureau is looking at sending 450,000 a/f down the SJR to Ex Con. Phillips is a former Bureau engineer and he said the Bureau is loath to set an allocation and take it back. Good to know.

Friant CFO Orvis Wilson reported on what the SLDM Water Authority has been up to. SLDM will begin meeting in person and there are more hitches in the San Luis Transmission Line project. Wilson said this project is designed to reduce to costs. Power is a major cost and Friant pays a good part of the SLDM bills. SLDM was created to bring water from the Delta to the Westside to make up for diverting SJR water through the Friant system. 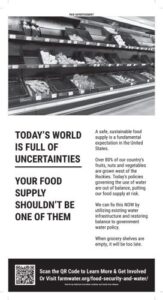 Phillips said he’s glad to be back in Lindsay from Hollywood Beach Florida where he was hanging out with the kids on Spring Break. It was commented that Phillips said it with a straight face. He also said he’ll be a bit late for the upcoming ACWA conference in Sacramento because he’s speaking at the Almond Alliance in Southern California.

He’s working on the Collaborative Action Plan, a diverse group working on finding a solution to the water problems the Valley is facing. There are some sticking points between the NGOs and the ag folks. He said growers from within the Friant Division have been working overtime to bring some heavy lifting to the process.

Phillips said the SJ Valley Blueprint now has a working board and is developing a strategic plan. He said Amy Wolf has been facilitating the process and has received almost universal praise for the job she’s doing. Phillips said send him suggestions for Blueprint strategy. The next strategy meeting is April 29th.

The committee adjourned at the perfect 11:45pm ending. They wished everyone a happy Monday.