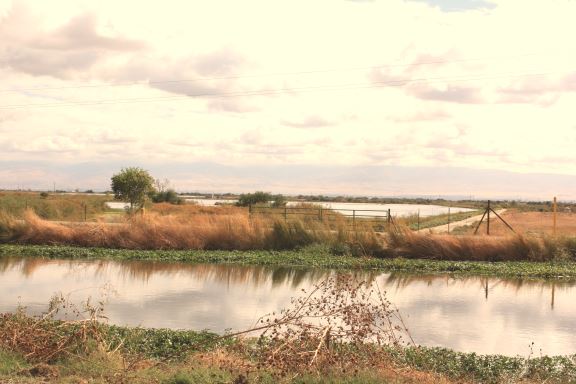 The Kern Water Bank Authority held its Monday, September 10, 2018 board or directors meeting at its Bakersfield headquarters. There was almost no meeting because the directors all waited out in the parking lot until the last possible moment. Chairman Bill Phillimore called the meeting at 3:02pm and I know that had to grate on him. Before the meeting KWB General Manager Jon Parker put a photo of a legless lizard on the over head screen. He does that and it’s always a photo of something from the bank and it’s always

interesting.  I liked what Wheeler Ridge Maricopa’s GM Sheridan Nichols said, “A legless lizard is interesting but not as interesting as a snake with legs.”

The board approved the minutes and the treasurer’s report. They paid their bills and bless them they waded through a draft version of the general administrative budget for 2019. I know it’s important for adults running a public agency to budget. That may be one reason the state and the feds have so much trouble budgeting. But since they write the rules . . . Parker lead the discussion and emphasized this was only a draft. The Bank needs two new employees and some new vehicles, so do I; but I don’t have almost $59 million in equity. I would if they moved to decimal seven places to the left. There was a discussion of how to classify the new employees in order to pay them from the appropriate account. Feel free to question me in detail about this at a later time, but don’t get your hopes up. Parker said the members are eligible for a $750,000 refund from KWB since the bank didn’t run up the bills as much as expected.

There was 2,516 a/f recovered from the bank since August. Most of it went to Semitropic WSD but Wheeler Ridge took some too. The same wells from last month are still running and the total recharge and recovery from the bank is approaching 700,000 a/f since it began. There is no word on when the bike path construction may begin. Evidently USF&W and the state F&W has to get their nose and nuts in the middle

of this with permit since the bikes are next to habitat. The routine wells and road maintenance is ongoing. Other repair and refurbishment projects are underway. Parker showed five categories of projects for a total of about $4 million in expenditures. They varied from repairing a trestle to IRWMP projects. They pulled two pumps to fix the impellors but the motors were OK. Superintendent Nick Torres said they will pull the last two pumps in a couple of weeks when they finish the two impellors. Phillimore was concerned that the repairs are ready before El Nino hits. Dry British wit on a wet subject. Now that things are wrapping up with the current repairs and improvements it’s time to go for another $13 million in new stuff. It sounded like a lot at first but as Phillimore pointed out doing it other ways could cost the KWB water and even more money. Parker said Prop One grant money will come available at the end of 2019. Kim Brown from Wonderful said KWB could develop an Emergency Plan to qualify for FEMA money. Torres said he was able to get rip rap cheap. There are some old, unused canals and pipelines on the bank that makes good rip rap. It looked to me there is close to 1,000 head of cattle on the bank and it was said they are getting fat.

Parker said he and Terry Erlewine of Kern Groundwater Authority met with DWR about the water bank’s role in SGMA and that’s an ongoing process. That’s what Jason Gianquinto, GM Semitropic said. There isn’t complete buy in on definitions agreed to by bother sides. That was that and the open portion adjourned at 3:53 pm.

DISCLAIMER OF RESPONSIBILITY; Waterwrights strives to provide his clients with the most complete,